The upcoming shows of Jennifer Lefort and Andrew Casto are featured in the Miami Edition of the March/April South Florida Luxury Guide as The Art of Wandering.

Mindy Solomon Gallery is pleased to present the inaugural solo exhibitions of artists Jennifer Lefort and Andrew Casto. Both artists explore the possibilities of abstraction through movement, gesture, surface and palette. On view at the gallery March 11th–May 14th,  2017 at 8397 NE 2nd Avenue, Miami in Little River.  An opening reception will take place Saturday, March 11th from 6-9pm; artist Andrew Casto will attend. 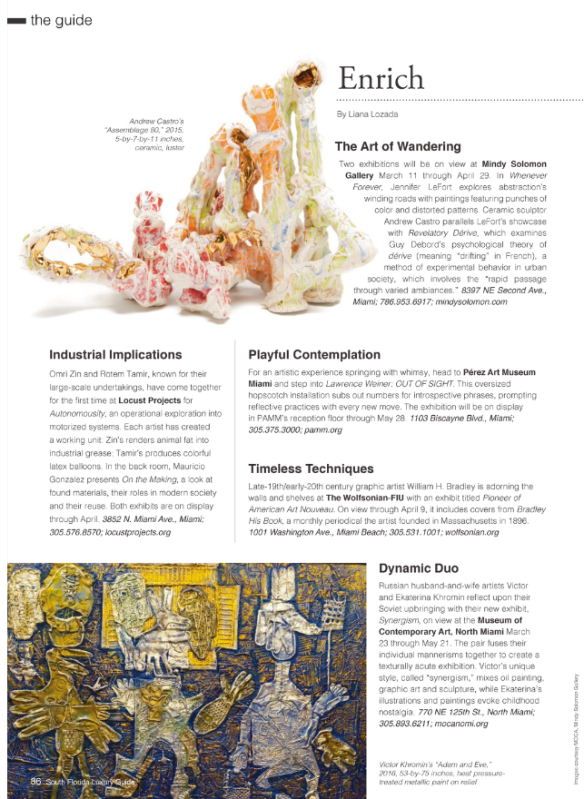 Get to know gallery artist Ernesto Garcia Sanchez in this in-depth interview article from Miami New Times; exploring his methods, influences, and his view on Cuban vs. American abstractionism. We are honored to host his first stateside solo show, “Schemes, ” on view through October 22 at the gallery.

“At a time when U.S.-Cuban relations are on the mend, García Sánchez’s story is one of international connections: He has benefited from Cuban and American influences and friendships on his way to this moment.”

Mindy Solomon is please to present painters Jiha Moon and Jennifer Lefort at the Texas Contemporary Art Fair. Texas Contemporary, Houston’s leading contemporary and modern art fair, brings the country’s best galleries to the area’s discerning collector base. Featuring a range of works and mediums, Texas Contemporary presents what is new in art as well as a focused representation of interests for this unique city. 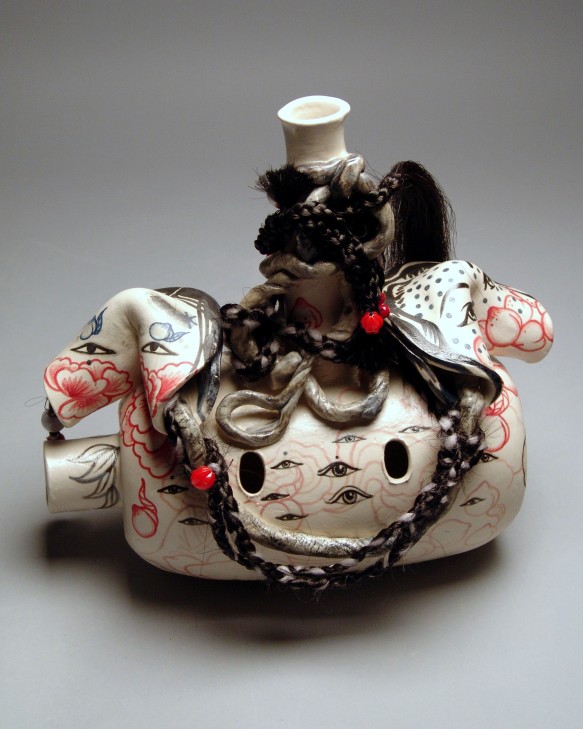 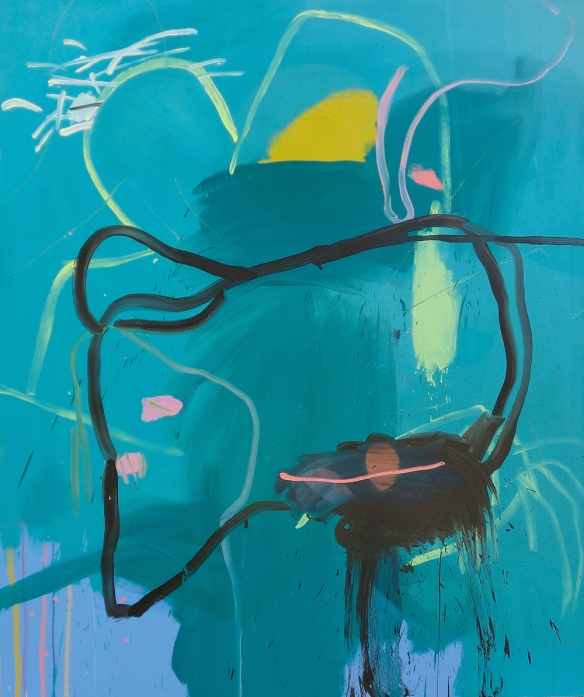 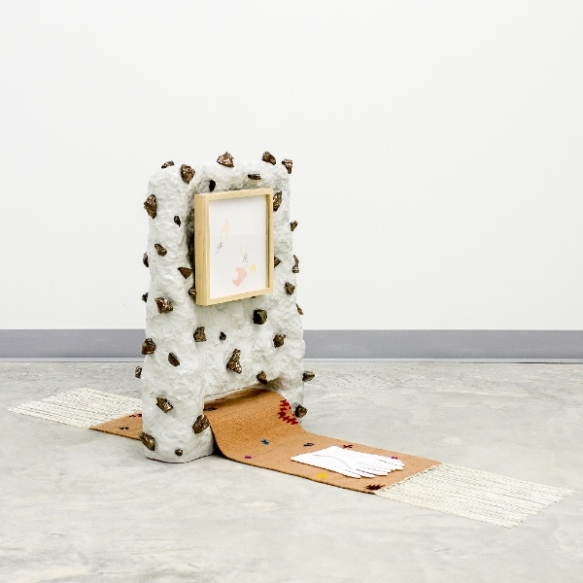 Ghost Hands explores the persistent presence of the absent. These pieces search for the unseen thread that connects people and things that once shared an intangible moment. In this realm, logic is lost, objects are personified, perception is ever-changing, and things become their true selves. Linda Lopez is a child of two ethnicities—Vietnamese and Mexican. In her current exhibition, she incorporates rugs made by artisans in Mexico with her sculptural pieces that form bridges between historic memory and new beginnings. Each work showcases the alternative existence of objects.

In Schemes, his second exhibition at Mindy Solomon Gallery, Ernesto Garcia Sanchez (Havana, Cuba) continues to explore the possibilities of line and textured surface. Sanchez was among the artists chosen to present work in the 2015 Havana Biennial—the first since US restoration of diplomatic relations with Cuba. The artist’s work takes on a performative angle; through the process of controlling his drawing and painting using one side of his device, in this way he allows the other side to move freely, reflecting the subconscious act of painting.*

//  READ MORE ABOUT THIS EXHIBITION <<

At 101 years-old, my father, William Pachner, is a very busy man. Interest in his work remains high in New York and I thought I would take a minute to update you on a couple of recent exhibitions that have featured his work.

At present, his work is included in a special exhibit, “Byrdcliffe’s Legacy: Handmade in the 20th Century (An Ode to Nature & Place)” at the Byrdcliffe Kleinert/James Center for the Arts (36 Tinker Street in Woodstock, NY). This exhibit will be on display from August 20-October 9, 2016. 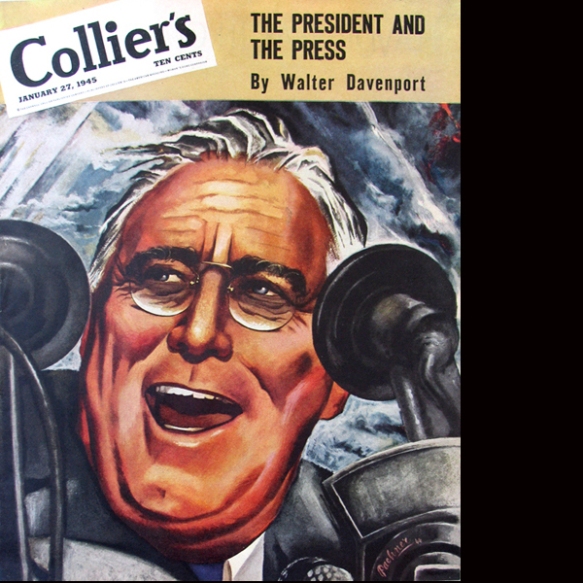 Established in 1902, the Byrdcliffe Arts Colony was an important force the Arts and Crafts Movement in America. The Colony supported self-sufficiency, fulfillment in work, and the preservation of local crafts. The work in this exhibit illustrates the fine art and design accomplishments by selected artists and artisans who lived and worked in the Hudson Valley between 1903 and 1999. As makers of paintings, prints, photographs, weavings, ceramics, furniture, metal, jewelry and decorative art, the artists in this show produced work aligned with Byrdcliffe’s original pursuit of inspiration from nature and commitment to raising awareness of innovative, high-quality handcrafted work. In addition to William Pachner’s paintings, this exhibit also includes work by such renowned artists as Philip Guston, Yasuo Kuniyoshi, Milton Glaser, George Bellows, Mary Frank, Doris Lee, Judy Pfaf, Carl Walters, George Ault, Robert Chanler, William Hunt Diedrich, and Robert Ebendorf.

This spring, my father was honored at the opening of an exhibit, “The Roosevelt Collection,” at the Franklin Delano Roosevelt Presidential Library and Museum in Hyde Park, NY. His illustration of President Roosevelt, which appeared on the cover of Collier’s magazine on January 27, 1945, was prominently featured at this show. On the invitation of the director of the FDR library Paul Sparrow and Laura Roosevelt, the granddaughter of FDR, he returned to the FDR Presidential Library and Museum this summer for its 75th anniversary celebration.

Featuring work by Ani Gonzalez, Joshua Veasey, Elizabeth Newberry, Richard Sanchez, German Caceres, and Jessica Martin, this special exhibition of select BFA graduates was influenced by a collective trip through China sponsored by New World School of the Arts. Curated by Miami-based gallery owner Eddie Negron, the artists manifest themes of placement and displacement through the relativity of nearness and remoteness.  Join us for an opening reception with these six recent local graduates as they make the transition from pupil to professional.

>> Be sure to RSVP to our Facebook event for updates and previews from the artists. 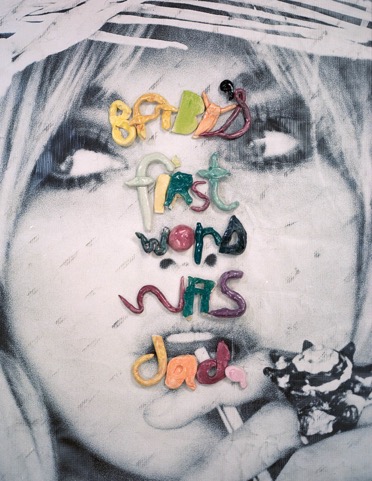 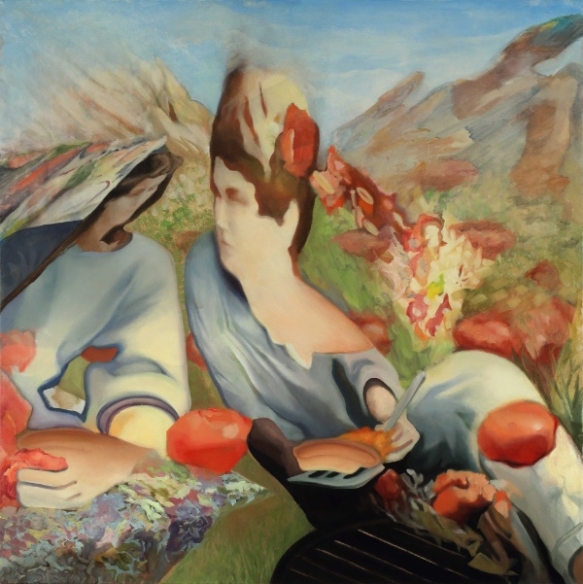 We are honored that Osamu Kobayashi and Paul Pagk were selected as one of May’s five Critic’s Choice features by Claire Breukel on Art Circuits this week. This show was a beautiful union of two artists who share a love of the materiality of paint, the delights of vibrant color, and the varieties of spatial experience found in abstraction.

Check out the Art Circuits homepage this month for featured images by Kobayashi and Pagk. You can read more about the exhibit here.

“Is the narrative you now possess really and truly your own? Are your dreams really your own dreams? Might not they be someone else’s visions that could sooner or later turn into nightmares?” -Haruki Murakami

Curator Mindy Solomon states: “I woke up last night after two seemingly prophetic dreams. In the first, I was called to the phone because of the impending death of a family member; and in the second, I was impossibly stalled getting to my critical destination, which in turn caused me to be late for one of the most important events of my life. The stagnancy of time and the thick, almost soupy like feel of the atmosphere in which I found myself pushing through, left me feeling bereft and sullen upon actual waking. The lingering memory of the dreams hangs on me even now, several hours into a reasonably productive day. No doubt, current life circumstance is playing havoc on my subconscious, and the subsequent transferral of nervous energy, which has informed my every task. Artists also transform the sacred to the profane, moving dream and story through complex neural circuitry until the ideas find a tangible surface to be displayed upon. Does this purging of visions lessen the psychological burden of these memories and experiences? Artists Geandy Pavón and José Manuel Mesías, bend and twist imagery in ways that become extrapolated manifestations of reality and historic memory.”

Geandy Pavón describes his newest body of work, Political Fold as follows:
“In my opinion, the effectiveness of an image is inscribed in its potential as a ruin. I am interested in revealing the conceptual strength of an image by turning it into a ruin. I have found, in the classic media of painting, the most effective way to perpetuate this moment.

“Recently, I have developed a series of works in which I use archival photographic material which I wrinkle, cut, or fold to be used as a model for my paintings. The subject portrayed in each photograph allows me to travel from one genre to another, such as landscapes or portraits, but always conceived from the perspective of a still life painter.”

Pavón de-mythologizes symbols of history, capitalism, and government as a means of drawing the viewer into deeper narrative introspection.

José Manuel Mesías‘ work in About the Absolute Truth revolves around the idea of art as a means of exploring the unknown. Through detailed observation of objects, spaces, and people close to his daily life in Old Havana, Mesías looks for a passage through the thick tissue of the “real world,”probing his disturbing and disquieting inner monologue. Silent and mysterious large-format paintings, expressionist portraits, and small textural objects both found and fabricated, are the main focus of his oeuvre. The integration of the decaying beauty and deterioration of his urban environment inspire him to create psychologically charged tableaus.

We are thrilled to present Osamu Kobayashi and Paul Pagk in a vibrant exhibition of color at texture, complemented by Lauren Mabry’s exquisite new sculptural body of work ‘Contain or Deliver.’ Don’t miss the rare opportunity to talk with all three artists at our Opening Reception! Lauren Mabry also gives a talk Saturday at 6pm at the gallery, to the MIAMI MATERIAL ART ALLIANCE, generously sponsored by Abby Chase. 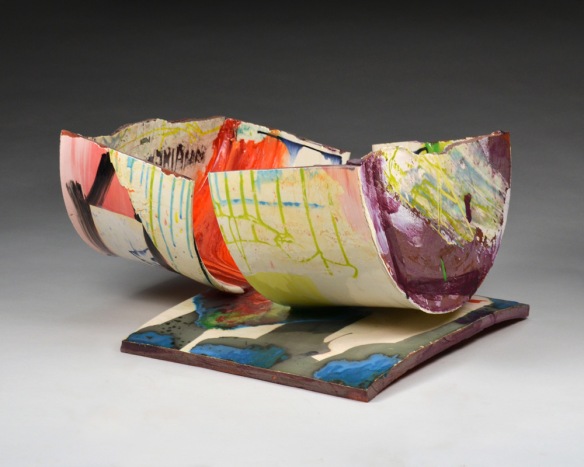 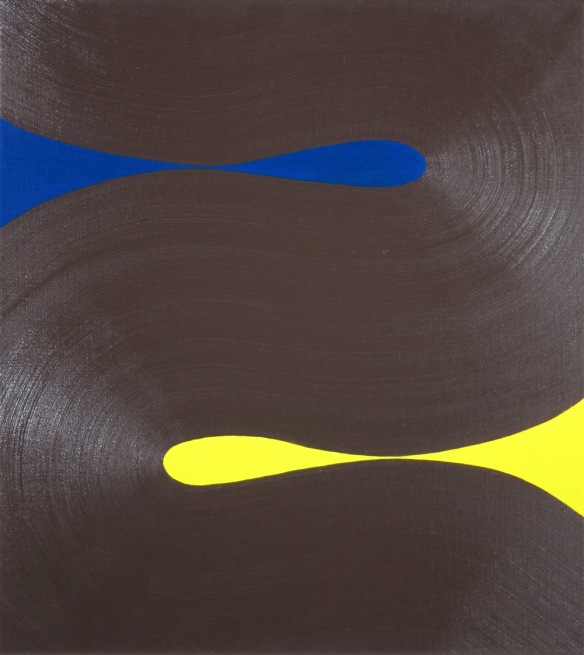 Mindy Solomon Gallery has become “a Miami staple in contemporary art,” according to the Miami New Times. Critics and gallery-goers alike are thrilled with our impressive line-up on the docket for PULSE Miami Beach 2015.

This December, we will feature gallery artists Linda Lopez, James Kennedy, and Roberto Gomez at the PULSE fair. Stay tuned for details! 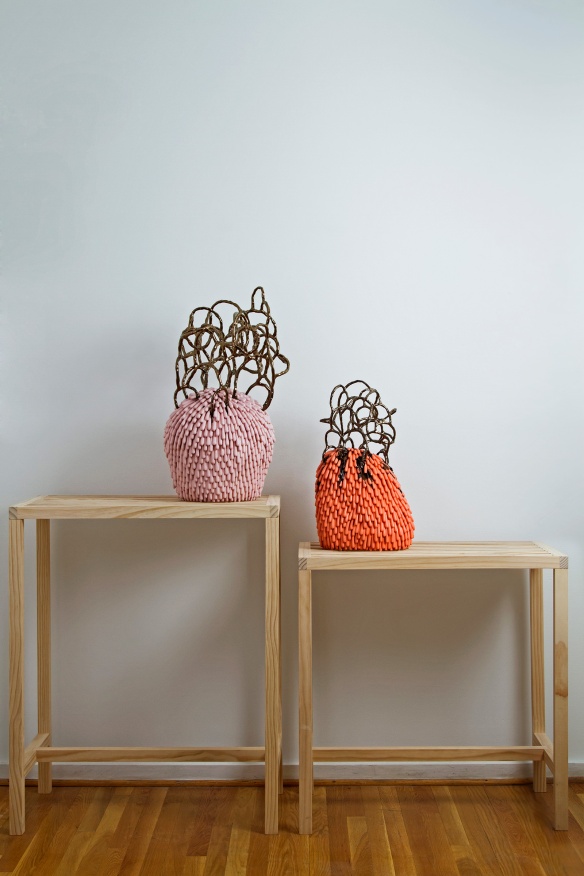